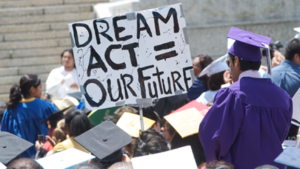 On January 9, 2018, a US District Court in Regents of the University of California v. DHS issued an order directing the government to partially maintain the DACA program. The court’s decision orders DHS to maintain the DACA program on a nationwide basis, under the same terms and conditions that were in effect before the program was rescinded, with the following exceptions:

• New Applications: The court stated that applications from people who have never applied for DACA “need not be processed.” However, the court also noted that the decision does not prevent DHS from adjudicating new DACA applications.

• Discretion: The court stated that the government can take steps to ensure that discretion is exercised fairly and on an individualized basis for each renewal application.

The court’s decision directs DHS to post “reasonable public notice that it will resume receiving DACA renewal applications” and to specify the process by which it will accept renewal applications. As of January 10, 2018, USCIS had not yet released any public guidance on the court’s decision, although it has noted on at least two different USCIS webpages that “more information is forthcoming.”

The court also stated that the decision does not prohibit DHS from taking enforcement action against anyone, including those with DACA, who it determines may pose a risk to national security or public safety or who – in the judgment of DHS – “deserves … to be removed.”

On September 5, 2017, the Trump Administration rescinded the June 15, 2012 memorandum entitled “Exercising Prosecutorial Discretion with Respect to Individuals Who Came to the United States as Children,” which established the program known as Deferred Action for Childhood Arrivals (“DACA”).

If you are a DACA beneficiary whose current benefits (deferred action and work authorization) will expire between September 5, 2017 to March 5, 2018, you have until October 5, 2017 to file your DACA renewal request and work permit renewal application. If your DACA status and work permit is expiring on or before March 5, 2018, please call our office immediately at 972-445-4114 to schedule an appointment to renew your DACA. The deadline to file is October 5, 2017.

If your current DACA benefits expire after March 5, 2018, you can no longer renew DACA. Pending DACA renewals will be adjudicated.

No new advance parole/travel permits based on the DACA program will be approved. Pending advance parole applications will be denied and USCIS fees will be refunded to the applicant.

For more on this breaking news, and eligibility for renewal, please see our full post here – Trump Administration Rescinds DACA